While Riohacha may not have all that much going on, it still sees a lot of visitors. The reason for this is quite simple: the city is the gateway to Alta Guajira, the northern – and wildest – part of La Guajira department. When I say wildest what I really mean is that it’s mostly deserted, has no roads, and features some truly unique landscapes. It is also where you can visit the northernmost point in both Colombia and South America at Punta Gallinas, a big part of its appeal and – yes, you guessed it – the reason I could not miss this experience.

Getting to Punta Gallinas can either be done by tour (the most common way, usually over 3 days) or on your own if you have the time and patience. To be honest with you, I couldn’t be bothered so I just forked out the €120 (after haggling) for a tour. If that sounds a little overpriced that’s because it is, but that’s a story for another day. The morning of my departure I was put in a 4×4 truck with three Colombians from Bogotá and a young driver called Luis. The plan was to spend a night in Cabo de la Vela, then go to Punta Gallinas, spend the night, and come back to Riohacha on the third day.

One thing about this tour is that – given the distances covered and the fact you’re off-roading for most of the way – you will spend a lot of time in the car. Not that it makes much of a difference because the views are a wonder to look at, but still. Thankfully there are a few planned stops along the way to stretch the legs and savour the landscape. The first one was in Manaure to check out the salt flats the town is known for. They were… nice, I guess. The thing with salt flats for me (and I’ve seen a few, from Peru to Egypt) is that oftentimes the pictures look better than the actual place. These ones were no exception.

After Manaure we stopped in Uribia – or just outside of Uribia, in what has got to be the busiest intersection in Colombia – to buy biscuits and sweets (more on that later) and headed to Cabo de la Vela, where we’d stop for lunch at the place we were going to spend the night. On the way there we got a first taste of what the trip was going to be like, namely extremely bumpy roads and lots of dust. Cabo de la Vela is really just an isolated stretch of dusty road by the beach (some 160 kilometres from Riohacha) lined with basic hotels and restaurants. Its biggest draw – apart from the beach – is kitesurfing; this is an incredibly windy area so you’re always guaranteed a good time!

Lunch was decent and after we finished we headed out to explore the area a bit. First stop was at Playa Arcoíris (Rainbow Beach), which gets its name from the fact that when the waves crash you can see a rainbow. It’s gimmicky, but people will literally get drenched for the perfect Instagram shot. The seas are quite rough and the wind relentless so we didn’t spend much time there. Next stop was at the Pilón de Azúcar – a sacred Wayuu hill that I was obviously very keen to climb. While the Colombians went for a dip in the nearby beach I wasted no time making my way up the small mountain.

The wind at the summit was unbearable so I just sat down (you literally couldn’t stand for long) and savoured the views for a moment. There were many people coming and going, most of them unprepared for a hike of this sort, taking pictures near the small sanctuary in the rock. The last stop of the day was at an alleged lighthouse, which turned out to be a nondescript metal structure. Not a big deal, but it certainly wasn’t what I had expected. We watched an intimate sunset from up there in the company of what must have been another 200 people. The place was rammed! Perks of travelling in peak season, I guess. 😅

By the time we got back to Cabo de la Vela it was already dark. Our luxurious accommodation consisted of chinchorros on the beach. Literally on the beach, by the way. A chinchorro is a kind of larger hammock with a sort of long fringe you can use to cover yourself, basically transforming it into a cocoon. It’s an interesting concept and I was curious to find out how good a sleep I was going to have. We had dinner there, which was also nice, and called it a day not long after. We had a long drive awaiting us in the morning and, truth be told, there really was nothing else to do. 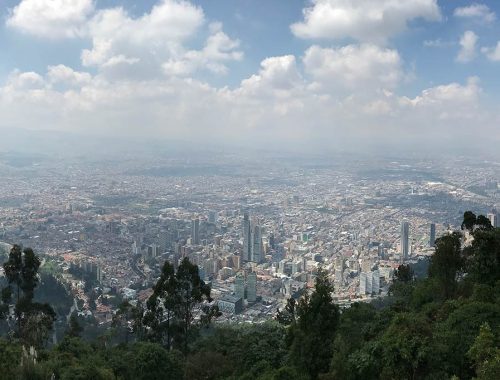 Another Cerro Bites the Dust 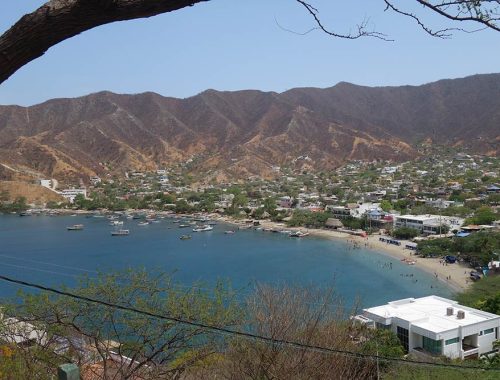