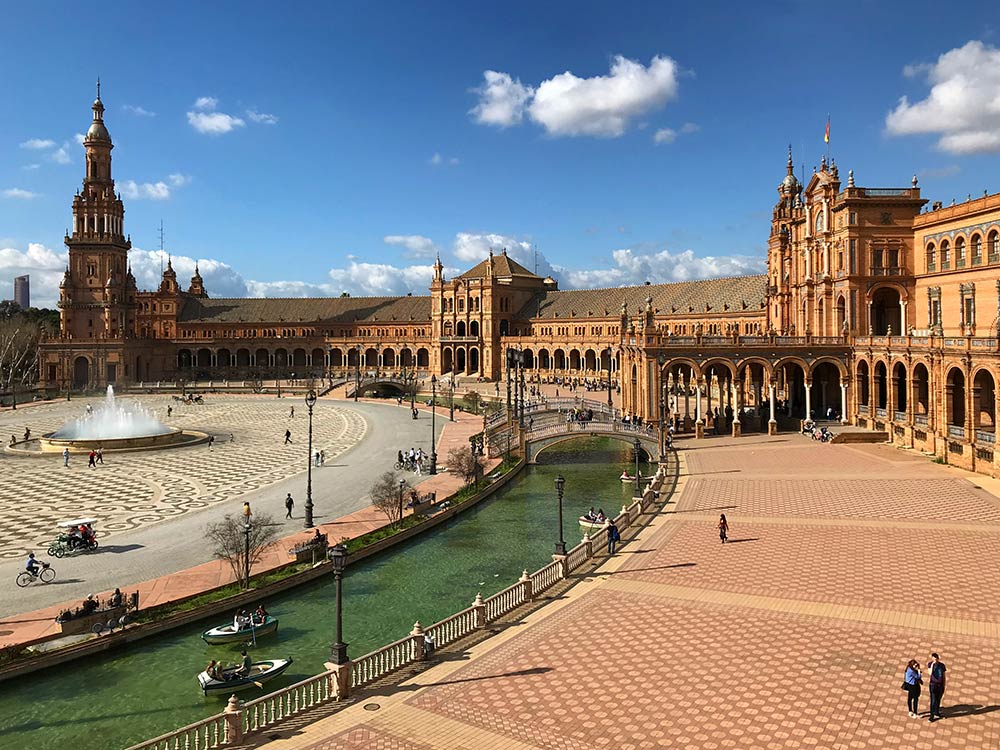 When it comes to public squares, Europe is a hard place to beat. That’s a fact. There are thousands of them, each one prettier than the next. Spain, for example, is well known for its magnificent plazas. And even though I haven’t yet had a chance to visit them all, I think Plaza de España will forever be my favourite. Located in Seville, the capital of the Andalucia region, it takes little time to conquer the heart of anyone who visits it.

Built in 1928 for the Ibero-American Exposition of 1929, this huge half-circle square is a marvel to look at. While the walls feature impressive tiles representing each of the Spanish provinces, its most striking detail is the artificial lake that runs across its length. During the day boats can be rented and visitors make the most of it by rowing up and down the lake. It’s a fantastic sight, and one of the reasons that make it one of my favourite squares in the world.