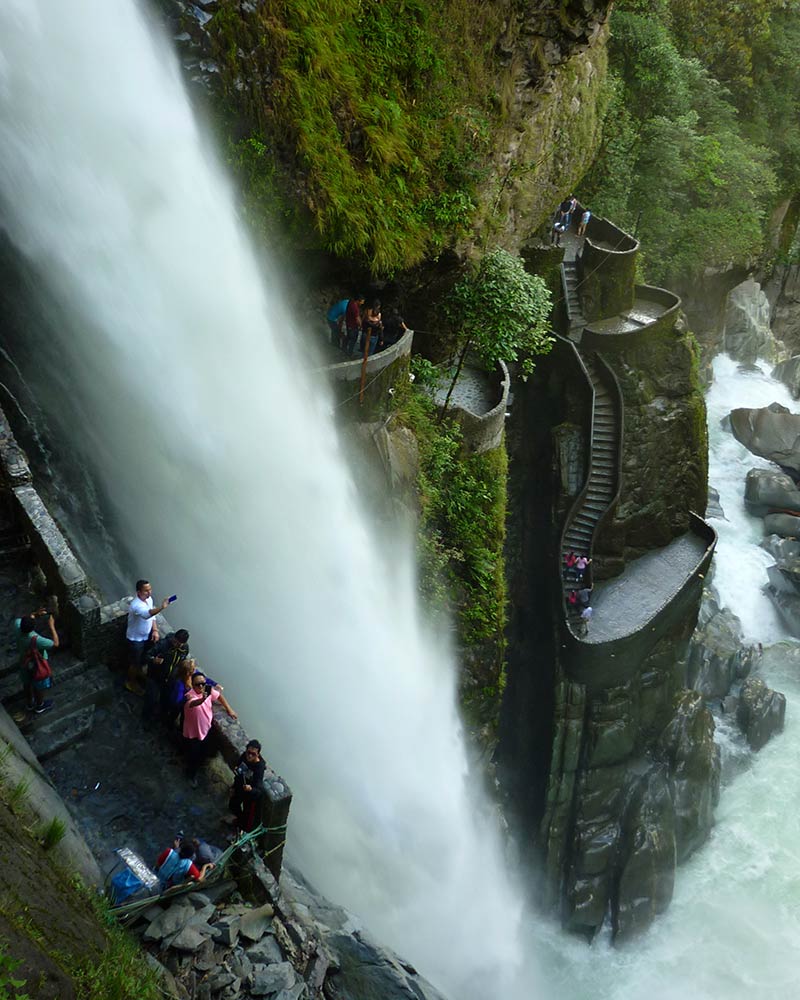 I’m not much of a waterfall kind of guy. I mean, I do like them when they’re big and spectacular but otherwise they just fail to grab my attention. As such, you won’t be surprised to learn that when I travel I’m very cautious about going out of my way to see a waterfall. It’s a rare occasion, let’s put it that way. The Pailón del Diablo, however, is one of those exceptions that didn’t make me think twice. I simply had to see it.

Located near the small town of Baños, the best way to get there is by renting a mountain bike and making your way through the spectacular Ruta de las Cascadas. What awaits at the other end is the aptly named Pailón del Diablo, or Devil’s Cauldron: an impressive waterfall with a viewpoint that’ll make you feel like you’re in a Lord of the Rings movie. You’ll get very close to the waterfall and obviously drenched, which is part of what makes it so much fun!