Iran is a country of many beautiful mosques and while I’ll admit I’d probably have a hard time listing the prettiest (because there are so many!), whenever I think about it there’s always one that immediately comes to mind: the Pink Mosque. Its actual name is Nasir al-Mulk Mosque and it is located in Shiraz, a city that does not lack spectacular attractions. While the mosque itself doesn’t differ much from most of the other mosques in the country (it is actually a bit underwhelming in comparison to some, which is crazy given how impressive they all are) it stands out for different reasons.

So, what makes it so special? Well, this is a mosque that you should visit early in the morning in order to witness a unique spectacle; once the sun reaches a certain height in the sky and the rays start peeking through the coloured glass panels, the whole prayer room transforms itself into a massive kaleidoscope. It’s unbelievably beautiful, and a truly surreal experience. Those who get out of bed early are rewarded with the chance to briefly enjoy the moment in peaceful silence before the groups of noisy tourists eventually arrive to completely ruin the mood. Worth it, though! 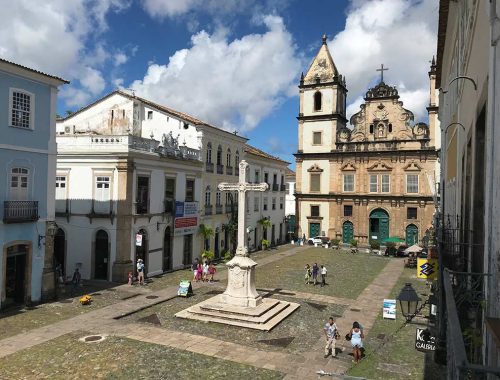